50th Anniversary of the Wilderness Act of 1964 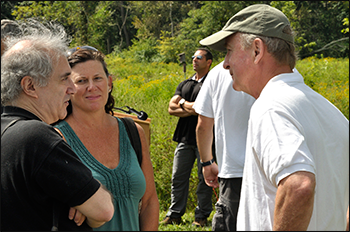 On September 3, 2014, members of GSWA’s staff and Board of Trustees attended a ceremony at the Great Swamp National Wildlife Refuge commemorating the 50th anniversary of the Wilderness Act of 1964.

Great Swamp N.W.R. was the first unit under the U.S. Department of the Interior to receive federal wilderness status when president Lyndon B. Johnson signed the legislation into law 50 years ago.

The keynote address for the anniversary was delivered by U.S. Secretary of the Interior Sally Jewell. In a nod to our humble corner of the country, she began her remarks by noting how much the Great Swamp epitomizes those values originally embodied in the Wilderness Act.

GSWA us honored to have been a part of this very important milestone in our nation’s history.