Now that winter is starting to bite and New Year’s resolutions have us thinking about changing behaviors, perhaps you’ve considered living in a more “watershed-friendly” (environmentally conscious) way. Great idea! Keep in mind, changing behaviors requires a some refocusing and a little extra effort, but the results can be big!

Something as seemingly simple as how you de-ice your walkways can make a positive impact on water quality. Road salt (typically rock salt) used during winter storms is the major non-point source pollutant found in the streams flowing through Great Swamp and into the Passaic River. Our water quality testing data year-over-year shows that, although exclusively applied in winter, salt’s impact on waterways lingers throughout the rest of the year. Every rainstorm flushes salt from road edges into streams.

Why is salt such an issue? 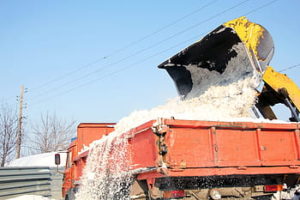 Road salt doesn’t easily go away! It melts snow and ice which is what we hope to accomplish. But it then dissolves and soaks into the ground. It moves through the water table and into streams. Snowmelt runoff can actually contain more than 10,000 mg of chloride per liter. That’s like putting two teaspoons of salt into a small container the size of an orange juice carton. Who’d want to drink that?!

Unless salts are washed down below root level, soil salinity can stunt plant growth, brown leaves, weaken and even kill off all but the hardiest plants, including some of New Jersey’s most beautiful native wildflowers. As a result, invasive, salt-resistant species are likelier to grow in their place.

Road salt can also be highly toxic for aquatic life. As salt concentrations increase in freshwater streams, sensitive species cannot survive the waves of salty runoff. Animals are also affected. Salt treated roads often attract animals. Mammals such as deer lick at road salt, presenting a road hazard. Seed-eating birds may or may not be able to distinguish between salt crystals and seed particles.

For a relatively small state, New Jersey uses a lot of road salt. According to New Jersey’s Department of Transportation website, more than 280,000 gallons of salt were applied for winter 2018 – 2019 along with 600,000 plus gallons of liquid calcium chloride and almost 2 million gallons of brine.

What can a thoughtful homeowner do to reduce salt’s impact while keeping paths slip free?

If you are able, get out there with an ice chopper and a shovel. And get the family in on the act. You’ll burn some calories – using physical instead of chemical removal methods. For increased traction, scatter kitty litter, wood ashes or sand. The darker colors also absorb heat and help to melt snow and ice.

Rock salt (aka ice melt) can burn our pets’ paws causing them extreme pain. Plus, we all know how much dogs love to lick salt. Consuming rock salt can lead to serious internal injuries including burning of the mouth and digestive tract, and seizures. It can also cause severe dehydration, liver failure, and pancreatitis. It can even be fatal. Some foods and household items are environmentally safe alternatives for melting ice, and are often more pet-friendly than rock salt and chemicals. Here are a few: 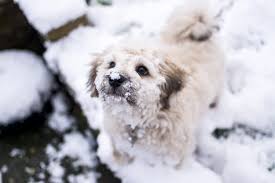 Brine – it’s not just for turkeys anymore! Brine is a valuable rock salt alternative because it uses only one-tenth the amount of sodium chloride. It’s a treatment applied before the snow begins. Spreading a thin layer of this salty liquid on the surface prevents ice from forming or snow from sticking. Brine can be applied up to three days in advance. Make your own brine solution by creating a 10% solution of regular table salt, dissolved in warm water and then placed in a sprayer- a small hand sprayer for steps and sidewalks will suffice. Note, it can be ineffective if it is too cold outside.

Potato juice, a byproduct of vodka distillation, is effective when mixed with traditional salt brine.

Calcium Chloride can harm plants in high concentrations and is three times more expensive than rock salt, though it only requires one-third the application rate.

Magnesium Chloride is less toxic than rock salt. It contains less chloride than rock salt or calcium chloride and is therefore safer for plants and animals. It can be tricky to locate in stores and does not store well over New Jersey’s humid summers. Store it wisely!

Calcium Magnesium Acetate (CMA) is the best overall choice for melting ice safely. It is less toxic than deicers with chloride and is pet friendly; however, it is the most expensive alternative.

So, when the forecast calls for wintry weather, you can now be prepared to take on that snow and ice while protecting your pets and the water quality in and around the Passaic River. 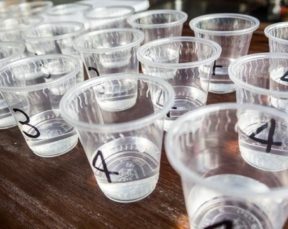 Water Filters – Choose the Right One for You 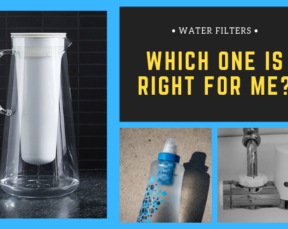 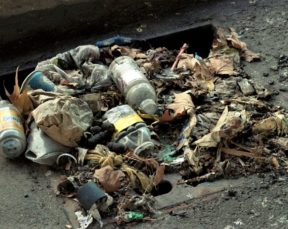 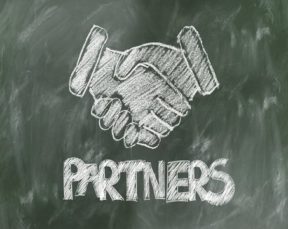