With the cool, crisp, autumn weather beginning to be a mere fleeting memory, and overnight lows starting to blanket the landscape with ornate icy crystals each morning before dawn, it is often tempting to retreat to the indoors. But there is certainly no need to seek the warmth and shelter of the inside world. For nature continues to thrive and amaze even throughout the wintertime, if the keen observer knows where to search, and has the good sense to bundle up for the experience! 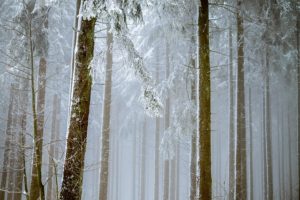 The official declaration of winter’s frozen grip will be observed on December 21st this year, on the Winter Solstice, the one day of the year in the Northern Hemisphere with the shortest period of daylight. The colder weather, seemingly endless bouts of darkness and senescence of all the surrounding vegetation all contribute to a feeling of malaise known as “Seasonal Affective Disorder, ” which is estimated to affect approximately 10 million Americans.

However, for those intrepid enough to brave the elements and hit the trails this time of year, nature offers a cure to the winter blues! A quick glance out the frosted window towards the forest might not prove encouraging at first, but once you embark into the wilderness, you will find that the world is indeed soldiering on without interruption. In fact, now that all but the most stubborn of trees have shed their leaves. It has never been easier to get out and observe wildlife busily scurrying about!

Scout along the trails for evidence of small mammal tracks such as rabbits, squirrels, white footed mice, and voles, or look near stream banks for evidence of raccoons, beavers and muskrats. Though they may have since moved on, nature provides an indication of what they have been up to and where they might have headed off to! Closely inspect branches and plant stalks for evidence of galls, cocoons and boring holes, all telling that an insect has chosen this site as its preferred winter den.

As your eyes are drawn to the sky you can observe Canada geese noisily making their own trek south for the remainder of the winter, or if you are lucky, you may even see a red-tailed hawk perched silently in the canopy overhead! Though the brightly colored birds of spring and summer have all long since checked out, in their place you can observe winter migrants; dark eyed juncos, red breasted nuthatches, and snowy owls have all now found their way south to join us.

Bright-red winter berries adorn the native holly shrubs, and dense seed-heads remain throughout the cold season, as a vital resource for our feathered friends to make it through this challenging time of year. Take time in the forest to marvel at the snow-covered branches of our native evergreens, their needles protected from the piercing cold. Splendid Eastern white pines and red cedars provide a pop of color this time of year to the otherwise drab background of spent warm season grasses and barren shrubs; while roosting birds seek shelter in their embracing boughs.

Stop by any number of half-frozen creeks or ponds and you can perhaps observe life enduring in the frigid waters. Just below the surface, protected from the icy winds and snow drifts, frogs float lazily along the stream bottom, their metabolisms at a mere fraction of their summer’s frantic pace. Having developed an anti-freezing enzyme throughout their blood, these remarkable creatures have the ability to freeze near solid this time of year, and miraculously thaw back out in the spring!

Perhaps you might even take a moment or two to bask in the eerie silence of the still forest, amongst the backdrop of winter. The cold, dry air carries sounds from far off distances, and yet the soft blanket of snow on the ground also muffles the sounds of burrowing animals gathering food stocks for the even colder weeks that lie ahead. A stiff wind whistles through the now empty canopy, rustling the golden beech leaves that still cling to their branches.

As you retire for the day to the safety and warmth of your abode, with thoughts turning towards the warmer spring weather ahead. Dwell not on the bleakness of winter, but instead revel in its simplicity, and above all else, make plans to get out and explore on another winter’s day. For nature never ceases to offer us breathtaking sights and sounds if we are attuned to it. As famed British explorer and poet, Sir Ranulph Fiennes, once mused, “There is no such thing as bad weather, only inappropriate clothing.” I hope to see you out there! 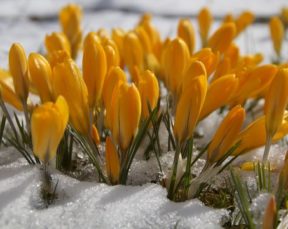 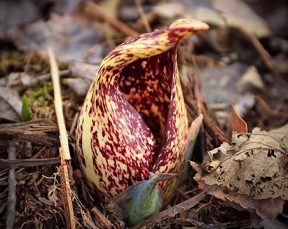 What you need to know about ticks in New Jersey 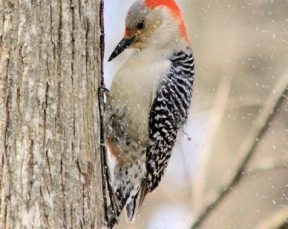