As we celebrate the 60th year anniversary of the historic battle to prevent the Port Authority from leveling the Great Swamp and neighboring towns, we will be posting our clippings of newspaper articles of this fascinating saga here for you to enjoy:

On December 17, 1959 a meeting was held at the Chatham Fire House that would create what was briefly known as the Jersey Jetport Action Committee but would then come to be known as the Jersey Jetport Site Association. The meeting was called in response to an announcement by the Port of New York Authority proposing the building of a new, state-of-the-art jetport. The site proposed was 10,000 acres of land in southeastern Morris County, 4,000 of which comprised the Great Swamp with the remaining 6,000 acres to consist of surrounding residential areas. The jetport site was to be bounded by Summit, Chatham, Madison, Berkley Heights and New Providence. 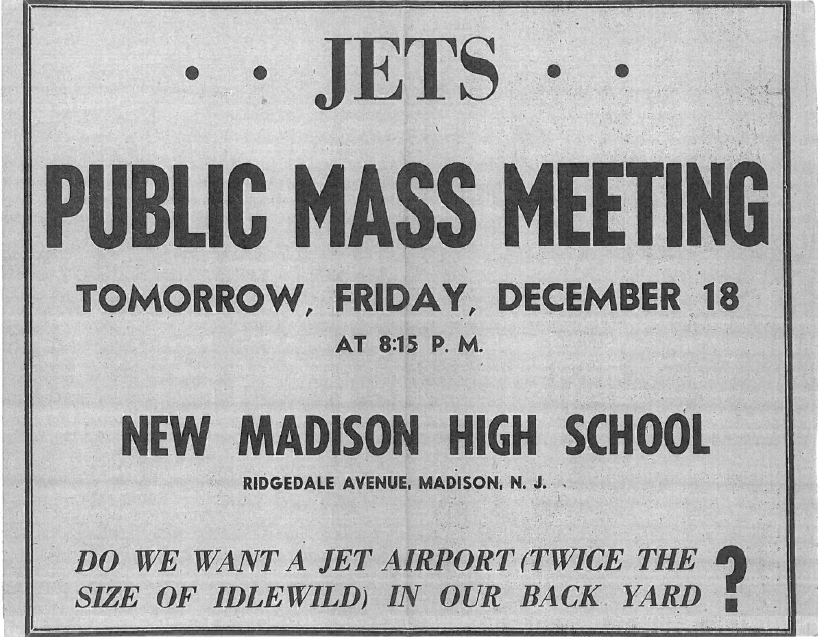 While you’re here, why not check out what we have coming up on our events calendar? Or maybe checking out the blog is more your speed. Interested in the history of this area, do you want to learn more about how to live a watershed friendly life?  – we’ve got you covered.