Since my last blog post about our investigations into high bacteria in Loantaka Brook, we have made some progress in finding the source.

Remember that 4’ diameter pipe that I had mentioned? Well, since it had a flow during a dry weather period in August, I needed to wait for more dry weather for follow-up sampling (no stormwater pipe should have a flow during dry weather). Schedules and the weather finally aligned in early November, and I headed upstream with my colleague Kelly Martin to collect water samples from the large pipe and nearby locations.

When collecting the sample from the 4’ pipe, there was a distinct odor of sewage. The results confirmed it – E. coli was 25 times higher than the state standard, and 21 times higher than Loantaka Brook only 40’ upstream. So now we have our source of E. coli!

Biodegradable dye was used to trace the pipe to a storm drain in a nearby development. Credit: A. Follett

But it’s not quite that easy – where does the pipe come from? I headed into the field with Mark Gandy from Morristown’s Engineering Division, and GSWA intern Amye Follett. We were able to trace the pipe back to a nearby housing development. Since it was raining when we met, Mark put biodegradable green dye into the storm drain in question, and after several minutes it came out of the pipe in Loantaka Brook. Additional investigations show that the 4’ pipe drains stormwater from several storm drains, and potentially another development across the street.

These storm pipes also cross over sanitary (wastewater) pipes in several locations, so a broken sanitary pipe might be the cause of high E. coli in Loantaka Brook. We need to conduct additional dry weather sampling in storm sewers in the development to better pinpoint the location where the E. coli is coming from. Once we figure out the location, we will pass the information along to Morristown’s Engineering Division, which can work to fix the source of E. coli. We are certainly making progress!

Can I Kayak After it Rains? 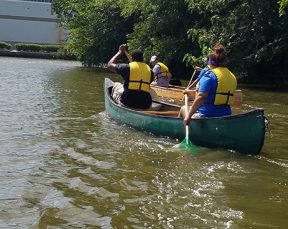 What We Learned From Summer E. coli Monitoring 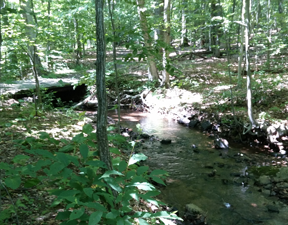 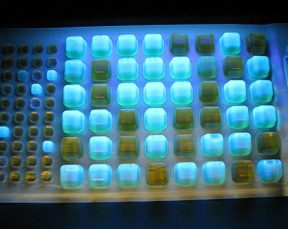 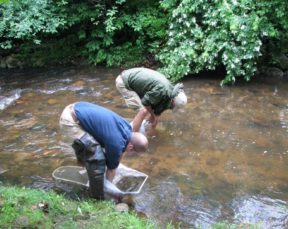