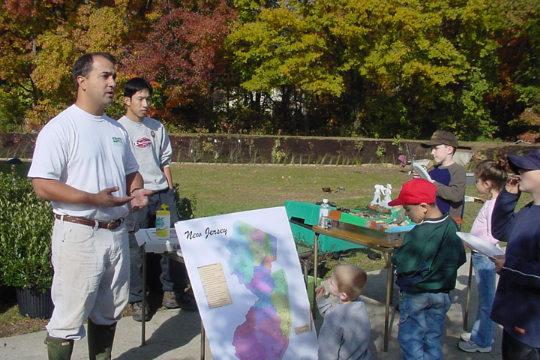 I turned on the New Jersey News the other morning to hear a story about the 50th anniversary of the federal Clean Water Act (CWA). Surprisingly, I had just given a talk on water regulations in February as part of the Green Infrastructure Champion Training Program, but at that time, I didn’t even think about it being the 50th anniversary of the CWA. The CWA was signed into law by President Richard Nixon in 1972. The two fundamental goals of the CWA were to: 1) eliminate the discharge of pollutants into the nation’s waters (zero discharge of pollutants by 1985) and 2) achieve water quality levels that are fishable and swimmable by mid-1983. When the Act was signed into law, 60% of the waterways in the United States were not “fishable or swimmable.” According to the New Jersey News, 50% of our nation’s waterways are fishable or swimmable today.

The New Jersey News was discussing a report that was released by Environmental Integrity Project entitled “The Clean Water Act at 50: Promises Half Kept at the Half-Century Mark.” According to this document, New Jersey is #2 behind Delaware in most impaired waterways at 95% (Delaware is 97%). When I started the Rutgers Cooperative Extension Water Resources Program 20 years ago, 95% of New Jersey waterways were impaired. Here we are 20 years later and according to this report, we have made no progress. Several laws have been passed since I joined Rutgers:

I emailed this information to my staff and asked them: “Now what? I guess we just must try harder. We need to up our game! Think about where we are and where we need to go. We have a big following of impressible stakeholders. Let’s figure out how to engage these stakeholders to take action and clean up New Jersey’s waters.”

Here is the response I received from one of my staff:

“I agree, I think it’s a good opportunity to take a step back and say, what is really causing these waterways to be impaired and what solutions will actually clean them in a reasonable time period? What needs to happen in research, planning, politics, and real world action to make that happen? I don’t think real world solutions can happen without a combination of all of them, and we certainly have a role to play in each of them.”

It is a great thing when you surround yourself with smart, passionate people. It’s time to get back to work. The RCE Water Resources Program will continue to focus on educating and engaging the people of New Jersey to retrofit existing development with green infrastructure. This is the only way to clean up our waterways. I hope you will all join us in these efforts.