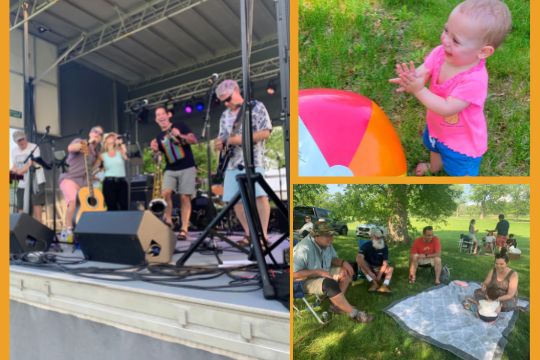 By: Val Thorpe, Director of Communications and Membership

Temperatures were hot, but the music was hotter for our 5th Annual Great Swamp Great Music Festival fundraiser on May 22 at Giralda Farms, Chatham Twp. For those who came out and braved the heat, it was a fabulous day of top-notch entertainment, plenty of good food and drink, lots of cool merchandise for sale, and fun for all.

Nick Amling & The Lifeline kicked off the seven hours of live music on the big stage when the gates opened at 11 AM. Nick Amling, a Madison High School senior, kept the music going between bands, entertaining the crowd from the small stage while the big stage was changed over between bands. He was a true professional!

New to the festival this year, The Refugee Dogs took to the stage for the official start of the festival playing a rock/Americana mix of original music. Also new this year was The Step Brothers Band with seven members and an outstanding female lead singer. Returning fan favorites Lenox Underground hit the stage midway through the festival to keep the party going strong. Unable to play last year, Not Enough Jeffs returned this year and brought the crowd to their feet.

NYC Comedian, Max Antonucci, did a fantastic job as this year’s emcee in the absence of GSWA staffer, Wade Kirby. Wade, who served as emcee for the first four years, was unable to attend this year for a great reason, his son’s college graduation.

For the fifth year in a row, Washington House of Basking Ridge kindly loaned us their antique fire truck which served as the backdrop to the bar. We were also beyond thrilled that New Jersey American Water’s H2O on the Go Hydration Station was back up and running again after being in drydock during the pandemic. This station provided cold, potable, drinking water and reusable water bottles to a very thirsty crowd.

Three food trucks: Summer Daze Catering Co., Avellino’s Pizza, and Scoops Ice Cream, kept the festival goers full of good food while a record ten merchandise vendors offered unique items for sale. We are grateful for the nearly 50 volunteers and staff members who offered us their time on a very hot Sunday to help set up, manage registration, park cars, serve drinks, break down the event, and so much more.

See you all next year! 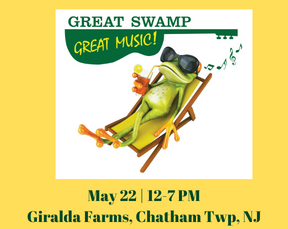 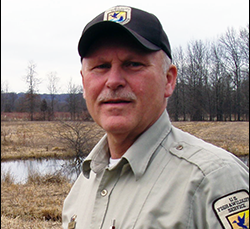 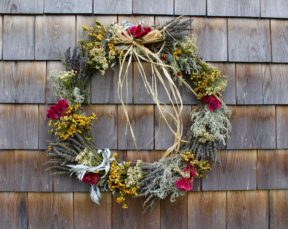 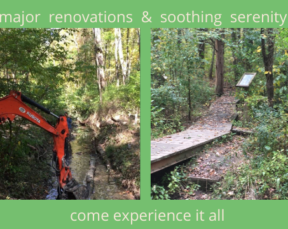