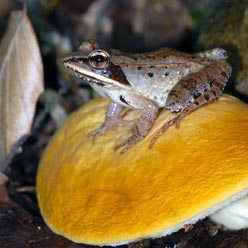 Did you know that wood frogs (Rana sylvatica) are famous for their ability to survive the cold? That’s right! This little hopper happily endures the freezing and thawing of its blood and tissues as it waits out the harshest North American winters.

How is this natural magic accomplished? Just before Jack Frost arrives, the wood frog collects an organic compound called urea inside its body. (Many different animals, including human beings, produce urea as part of their normal metabolic processes.) When those cold temperatures start setting in, the frog also starts to turn another substance, liver glycogen, into a simple sugar called glucose. The increased amounts of urea and glucose in the frog’s body act just like an anti-freeze fluid — the official scientific term is “cryoprotectant” — limiting the number of ice crystals able to form in and around the frog’s tissues and organs.

In fact, the anti-freeze works so well that healthy wood frogs may be able to survive a winter with as much as 65% of the water in their bodies frozen. That certainly is an important trick to know when you choose to hibernate just below the soil surface or beneath the leaf litter of a northern forest.

Wood frogs can be found as far south as Georgia in the eastern United States, and as far north as Canada’s Labrador province. Their range stretches west through the Great lakes region, across Canada, and throughout most of Alaska. The wood frog is a native species here in our own Great Swamp.

Because the wood frog requires the existence of ephemeral wetlands, like the vernal pools at Great Swamp Watershed Association’s Conservation Management Area, to survive and reproduce, it’s important to make sure we preserve these special habitats from bulldozers and overdevelopment.

For more about wood frogs, see the following websites:

Check out this video too!

Did You Know? Living With Wildlife: The Coyote 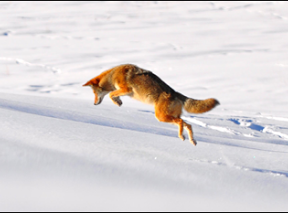 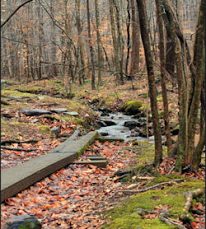 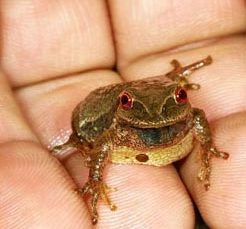