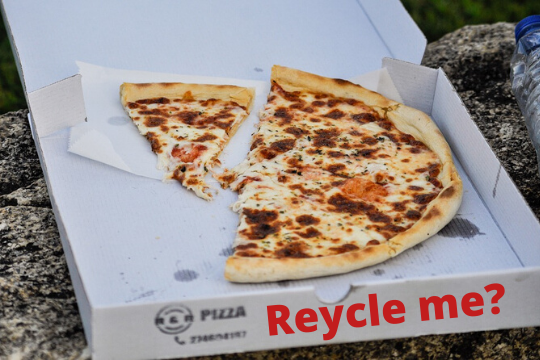 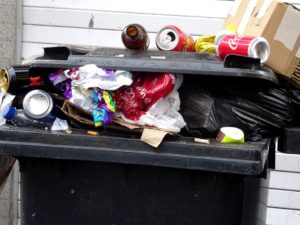 While helping a family member pack for her move, I noticed that despite her best efforts to recycle responsibly, she was missing the mark on some easy fixes. As other family members arrived to help, there were more infractions. (Side note: I feel fortunate to work at a place that’s focused on a healthy environment and, I want to gently share what I’ve learned with others. But sometimes family is not in the mood to be educated, especially in the frenzy of a move.) I asked myself, is this the right time to impart my pearls of wisdom? Not likely. But can I simply ignore this? Less likely. Mine is a family of outdoor enthusiasts. Wouldn’t they want to know? What to do?

I opted to tackle just a couple issues so, I offered to take her vast collection of plastic shopping bags to the plastic bag collection bin at her local grocery store. She was unaware such a thing existed. As I gathered them up, I told her they would be reprocessed into new bags and plastic lumber. She was happy to hear that. Whew, one down!

After lunch I plucked a stack of greasy pizza boxes from the recycle bin, explaining that soiled cardboard cannot be recycled. Recycling facilities often must reject tons of recyclable paper because it’s contaminated by other items covered in food and grease. It’s the ‘one bad apple’ theory. “But,” I excitedly noted, “you can tear the greasy portion off and toss it in the trash and recycle the rest!” My exuberance was met with half-hearted head nods. Okay, that’s enough for one day. 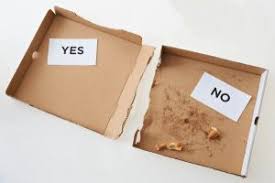 A few days later I made a bolder move. I crafted an email to my immediate family providing some general single-use plastics facts and recycling tips. Then some quick internet searches provided trash and recycling regulations on each of their towns. I included the link and gave a brief summary: 1) plastic recycling numbers accepted (the number inside the little triangle on the bottom of the container), 2) items allowed in their recycle bin, and 3) items not permitted.

Below is the letter I sent to my family. Some sent back words of appreciation and a desire to share this info. Others haven’t responded yet, but people get busy. (Let’s go with that.) I’m not looking for “likes” but rather to inspire change which we so desperately need. Who knows? Maybe you now feel compelled to send something to your family and/or friends. Knowledge is power, and there’s no limit to sharing it.

As campers, hikers, runners, picnickers, fisher wo/men, nature-themed crafters and so much more, we are obviously a family who loves and appreciates the great outdoors. I feel fortunate to work in a place that is overflowing with information on how to take care of our world together. It can be a little confusing so, I thought I’d share some basic things-to-know about single-use plastic and recycling rules in your towns. It’s not hard to imagine that as humans, we have done some damage to our planet. And we have our little ones’ futures to think about. I hope you will read on…

A quick overview on single-use plastic

Once plastic is manufactured it never goes away. It doesn’t break down, it breaks up into smaller and smaller pieces (aka microplastics) and ends up in our streams, rivers, oceans and wildlife. (You’ve probably seen some heart-wrenching pictures of whales.) Microplastics are ingested by microorganisms that are eaten by fish and it works its way up the food chain back to us. But we don’t have to eat fish to get our share of microplastics. It’s a fact that most of us have plastic in our bodies. (says who?) It’s not yet known what this means health-wise, but what is known is these little bits of plastic act like little sponges picking up toxins as they travel through the ecosystem, and they accumulate in our bodies. All this can negatively impact our health in a number of ways down the road.

Scientists estimate that there will be more plastic than fish in the ocean by weight in 2050. [says who?] That’s only 30 years away. Next time you’re in the grocery store look around. There’s so much single-use plastic. So, why not do what we can to minimize our impact on this mounting environmental crisis? 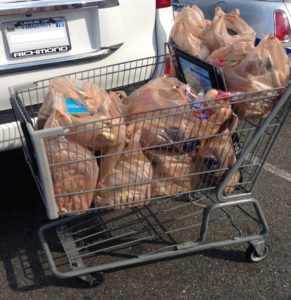 Plastic shopping bags: Towns, counties and even states are passing plastic bag bans. This is not a good thing, it’s a GREAT thing! It may seem inconvenient, but only minimally. Washable, reusable canvas bags typically hold more and are easier to carry. Some bans allow stores to continue providing plastic produce bags (for apples, veggies, etc.) but we don’t need no stinkin’ produce bags, reusable and inexpensive produce bags (cheap, like $1.99 for 3) can be purchased in grocery stores and online. These 2 simple changes in your shopping habits will eliminate so much plastic from our landfills and waterways. Do the math after your next shopping trip. In the meantime, bring all the plastic bags you’ve accumulated to your grocery store – most have collection receptacles for recycling these bags and other clean “film” (thin) plastic wrappy items like bread bags, etc. Oh, and remember to bring your reusable bags to retail stores too!

Plastic water bottles: Over 1 million are bought around the world every minute. [says who?] In the US, only about 23% are recycled and the rest end up in landfills and the ocean.  The collection efforts and recycling facilities can’t keep up with the demand so approximately 38 million go into our landfills each year. Each bottle takes about 450 years to break down. [says who?] Meanwhile, chemicals in the plastic can leach into your water and when you crack open the lid, little bits of plastic fall in the bottle. I know all of you have at least 20 reusable water bottles in your cabinets. I’ve seen your kitchens! Read the water quality report that accompanies your water bill annually and/or test your tap water – if it’s clean, use it. If not, it’s important to fix that.

Plastic coffee pods: Coffee pod machines give us coffee in an instant, but they can’t be recycled because they’re considered too small to recycle so they end up in the landfill. It’s estimated that there were enough coffee pods buried in landfills in 2014 to go around the Earth 10.5 times. [says who?] Each of these pods takes 400 years to decompose. Good news: as an alternate, reusable pods can be filled with your favorite coffee (still plastic, but not single-use) and there are other single-serve systems on the market that do not use plastic pods.

Plastic Ziplock bags and plastic wrap: So convenient! So bad for the environment. You can find sets of reusable, resealable bags in varying sizes that are dishwasher safe. They don’t leach chemicals and they last a lot longer than a single-use baggie. Glass food storage bowls are another great alternative. Fairly new on the scene, you can purchase silicone lids that stretch over your bowls, etc. that work great. 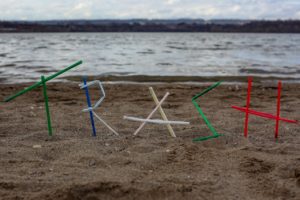 Plastic straws: Have I mentioned these before? (Try not to picture those poor sea turtles.) And speaking of sea turtles, 100% of sea turtles tested have microplastics in their bodies. 100%! [says who?] So, if you can’t skip the straw, keep a reusable one in your car/purse/sock, wherever. Most come with tiny little scrubbers so they’re easy to clean for your next use. If you absolutely must use a plastic straw, throw it in the trash. It’s not recyclable.

Rule #1 – When it doubt, throw it out – one person’s poor recycling habits can send an entire truckload of to the landfill.
Rule #2 – Rinse items before placing in the recycle bin.
Rule #3 – Remove all caps and lids from bottles and jars; most recycle facilities don’t take them.
Rule #4 – If there’s no recycle number, throw it out.
Rule #5 – Place recyclable items directly into your recycling receptacle, not in plastic bags.

I did some sniffing around on your local recycling websites and noted the highlights below, but I strongly encourage you to look it over yourself. Some recycle by town, some by township, others by counties. In other words, check my work! [Dear GSWA eNews reader: below is a template you could follow should you opt to send something like this to your family:]

[Repeat for each family’s town – it’s much quicker to do than you might think!]

So, what do these recycling numbers represent? Generally speaking:

#5 (PP, Polypropylene) include ketchup and syrup bottles, and some yogurt containers

If you’ve made it this far, you obviously love me. Even better, you’re interested. I’m betting you knew a lot of this information already. If so, please consider this a friendly reminder.

With love and thinking of the future of our kids, grandkids, great grandkids, and… 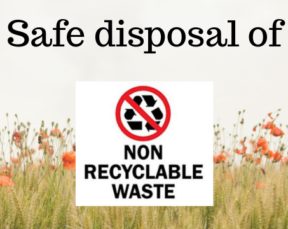 What to Do with All That Stuff You Can’t Recycle 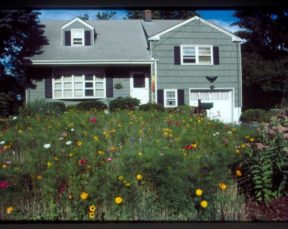 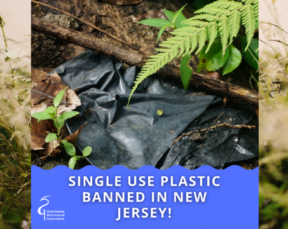 Six Ways to have an Eco-friendly Lawn 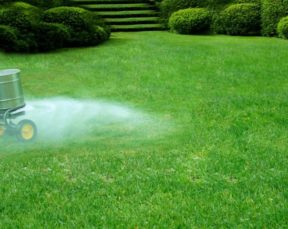